Deciding to give your baby up for adoption is an extremely difficult decision that some mothers must face. There are lots of variables in life, and sometimes moms face circumstances that would make raising their baby very difficult for them to do—or even impossible.

Age - If someone were to get pregnant at a young age, it might make sense for them to give up their child for adoption. This is especially true for young girls who are still attending school and have not fully grown up themselves. Children should not be responsible for raising other children.

Another reason a mother might consider adoption for their baby is if they got pregnant at an older age. Getting pregnant later in life could potentially lead to problems in the future. For example, you would be more likely to face health issues than younger moms, which is tough when you're trying to raise a child.

Financial issues - It costs a lot of money to support a child in this world. Living below the poverty line increases the likelihood that your child will grow up in bad living conditions and face more societal obstacles than children who are raised in financially-secure environments. A mother who is dealing with financial issues may decide that adoption is a better option for their baby than growing up in poverty.

Lack of support - Some mothers don't have friends or family members who are willing, or able, to assist them with raising their child. If the father is out of the picture, that leaves the mother to raise the child completely by herself. A mother might end up deciding that adoption would provide a better life for her baby.

Abuse - Women who live with someone who is abusive may decide that it's not worth bringing up a child in a dangerous environment. The most important thing is always the well-being of the child. Even if the mother isn't willing to get herself out of danger, she will still likely do anything to protect her baby.

Health problems - One unfortunate fact of life is that everyone deals with health problems at one point or another. If a mother is dealing with a major health issue, raising a child may be impossible.

Some mothers consider adoption because they're struggling with mental health problems. While they're not rare, they can sometimes become severe and debilitating. If you don't have your mental health properly controlled, you won't be able to provide a healthy environment to raise your child in.

For more information on how to place your baby for adoption, contact an agency like Arizona Adoption Help. 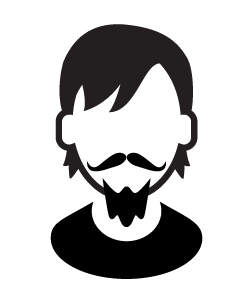 I always wanted to have a child, but after I finally got pregnant, I was nervous to find out I was expecting twins. I couldn't believe that in a few short months I would have a family of my own, but I knew that it would be hard. I decided that I wanted to do everything I could to create a strong, stable family, so I started investing more and more of my time into my family. I spent a lot of time working with my kids to help them to understand moral values, and now that they are five, I am proud to say that they treat others with an immense amount of kindness.

Reasons That A Mother Might Give Up Their Baby For Adoption
30 November 2021
Deciding to give your baby up for adoption is an extremely difficult decision that some mothers must face. There are lots of variables in life, and so …

What You Should Expect When You Place Your Baby For Adoption
30 July 2020
If you are pregnant and planning on placing your baby for adoption, you may be confused and concerned about the adoption process. When you have never …

How To Plan A Special Funeral Service For Your Loved One On A Budget
16 March 2018
Dealing with the loss of someone that was very dear to you is never easy. The memories seem to pour in non-stop, sometimes making it difficult for you …